One of the kittens from last season’s litters has an umbilical hernia, her belly button isn’t closed yet (it doesn’t until kittens are 6 months old) and, since she’s a fatty, she has a little puff (walnut size) sticking out of her belly button. This is not a serious condition but she may need a tiny operation in a couple of months (she’s now 4 months old) if the thing doesn’t go back to its place.
The kittens are running wild around the farm now, so yesterday I had problems catching her for the vet to visit, so I decided to keep her at home for some days (or weeks?) for her to get used to humans again…. she’s doing really well!
Can you believe that the following photos were taken only 24 hours apart?
Day 1: there she was, yesterday, hiding under a cabinet in my kitchen 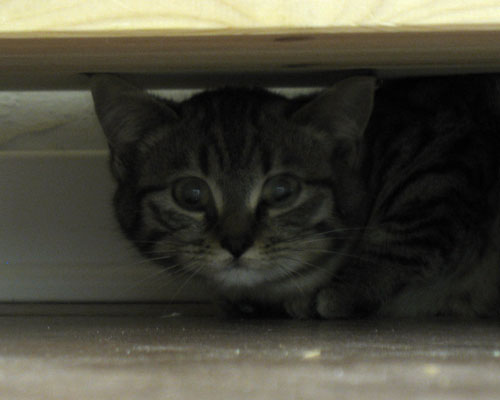 Day 2: yes…. the orange thing where she’s quietly resting after a huge dinner on catfood and a bit of sausage is my sofa! :) 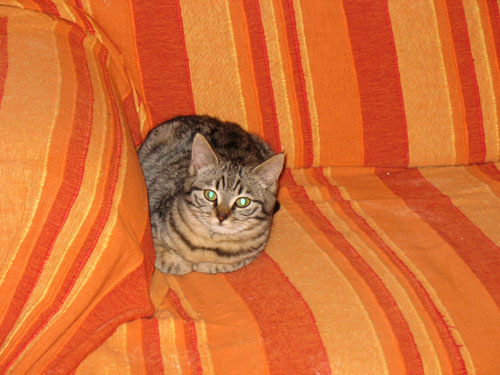 Day 2,5 UPDATE… I guess this means that she’s settled down and “used to humans” (the black and burgundy thing is me!) and even to dogs! ;) 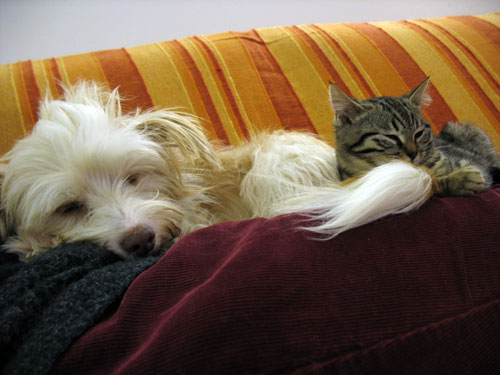