A great spotted woodpecker in my bathroom

A great spotted woodpecker in my bathroom

I came back home in the early afternoon yesterday after a fun morning with friends.
After a while I started hearing strange noises coming from my studio (the studio is a room, with attached bathroom, that is separated from my corridor by a 2 metres high bookshelf and a door). I thought that one of the cats had sneaked in in the morning and was trying to get out, but no, what a big surprise when I got inside: a big black, white and shiny-red bird was in the bathroom, pecking furiously the window glass: a great spotted woodpecker
Imagine finding a big bird inside your bathroom… my mind raced to understand how it got there. The only explanation I could find is that it was lucky enough to escape after being catched by one of my cats and flew over the bookshelf and out of the hunter’s reach! Wow, that’s a lucky bird!
It was quite nervous and scared after the adventure with the cat and probably some hours trying to get out of the window (my guess, motivated by the presence of dry woodpecker poops all over my studio), but it was also exausted so it was nor difficult to catch it and it didn’t really freak out. I checked for wounds or broken bones: everything was right apart from a few battered and ruffled feathers. 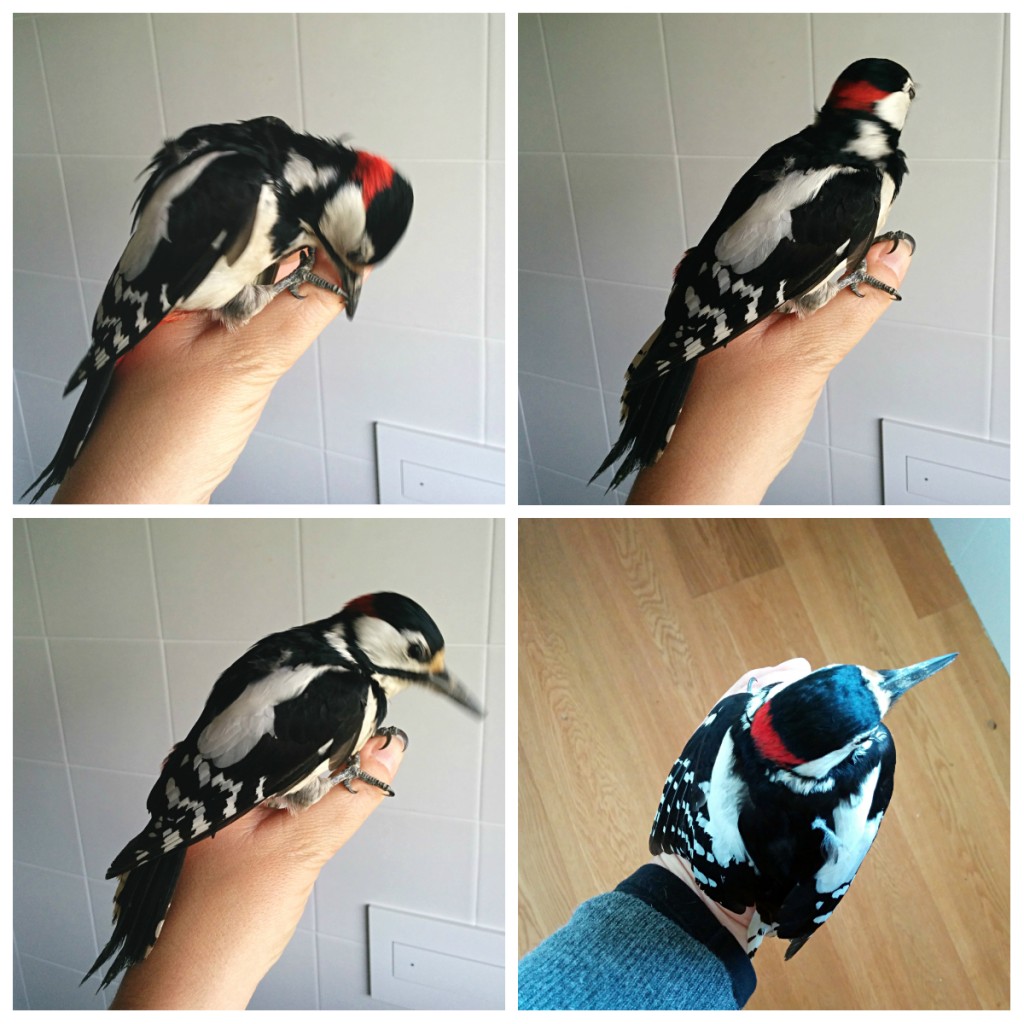 Mobile phone always in my back pocket, I decided to take a few pictures before letting it fly away. The model would not stand still so the pictures are not excellent but I think that they give a good general idea of the bird.

Before saying goodby and flying off to the nearest tree it pecked my finger hard, 4 times, exactly in the same spot (I guess that that’s the kind of thing that great spotted woodpeckers are good at!). It didn’t look cross nor it was in a hurry to fly away… I thought that maybe my thumb looks like a huge juicy worm to a woodpecker.

When it flew away the knuckle of my left thumb was bleeding, just a tiny spot of shiny-red blod.